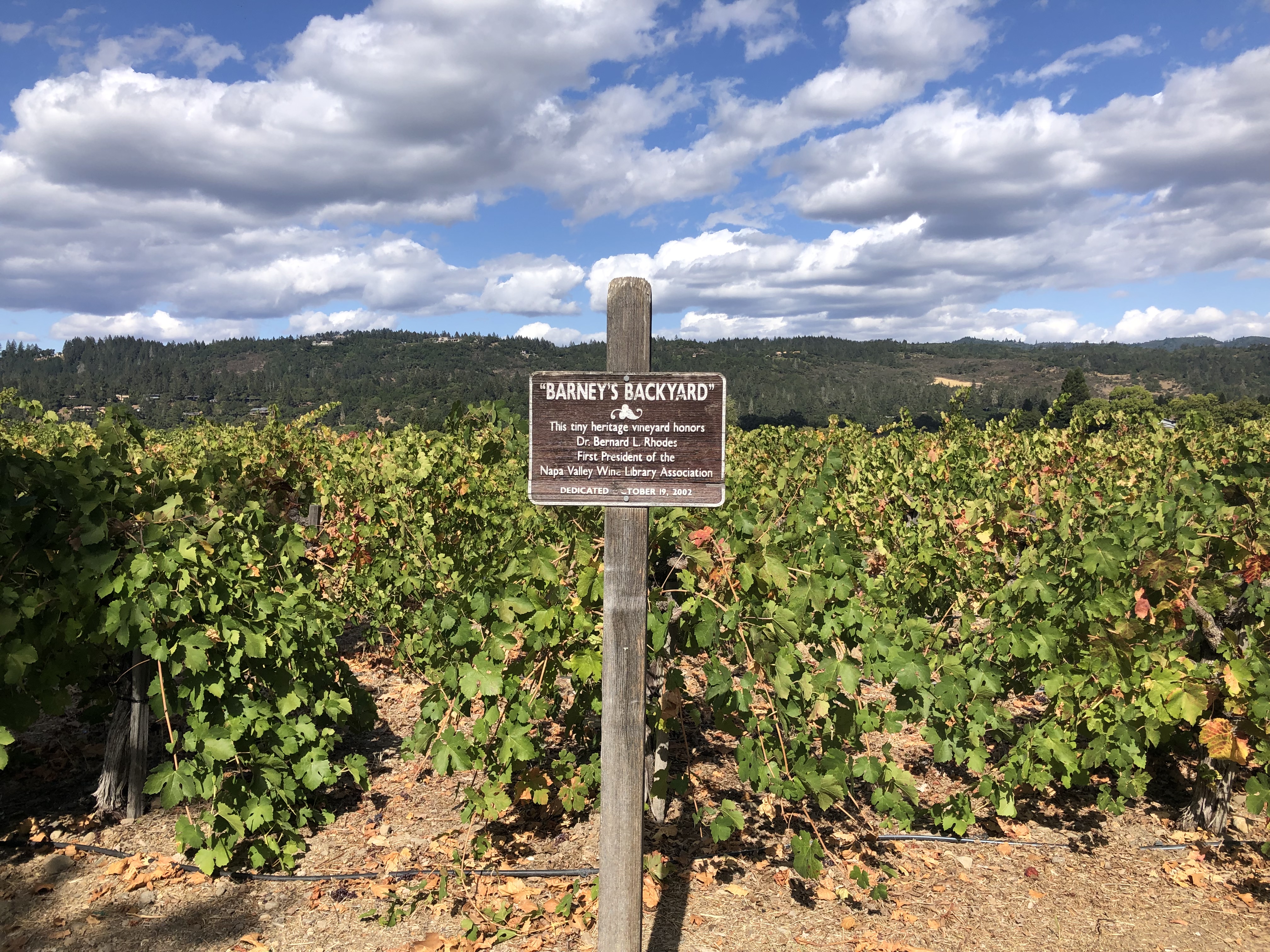 If reading vine leaves in a wine glass could be as “visionary” as tea leaf reading, one might say that the future looks positive for the St. Helena Public Library and Wine Library’s fledgling vineyard.

Today, the vineyard backing the St. Helena Public Library and Wine Library appears more like a field of sentinels, with vine stakes erect out of the sand-and-rock soil. Take a walk along the 91-vine vineyard or view it through library windows. Beyond the vineyard, you’ll see Mt. St. Helena, home and inspiration to author Robert Lewis Stevenson in his Silverado Squatter days. Chances are good that a jack rabbit will leap across your view. Arid you’ll see water towers that encircle fringes of neighboring land; they may have been here when original vines were planted in the 1800s.

Members of the Wine Library Board have been instrumental in making this vineyard bear (eventual) fruit. Board members Allen Price, Robert Lamborn, Julie Dickson and children’s librarian Leslie Stanton realized that although proposed landscape plans for the northeast side of the recently expanded library called for trees, what the sandy, rocky soil yearned for were vines. When it carne to aligning the vine stakes professionally, the legendary vineyard specialist Laurie Wood assisted in arranging the work.

Allen Price suggested dedicating the vineyard to the anonymous generations who planted the site between 1882 arid 1945. During that time in early St. Helena, Prohibition and pre-urbanization, St Helena residents of Italian arid Mexican descent thought nothing of lining their front yards with edible gardens of vines and vegetables to feed their families. Harvesting the resultant wine and meals was a part of daily life in the Napa Valley for those with “purple hands and feet.” A few of those early vineyards remain in town, such as the Quaglia Vineyard.

The new little vineyard has been informally dubbed “Barney’s Backyard,” recognizing Bernard Rhodes, first President of the Wine Library Association (in 1965) and current Board member. Its vines are based on St. George stock and are grafted with 90% Petit Sirah and the rest Carignane and some Zinfandel grapes.

Historically, this vineyard blend is called “mixed blacks,” according to Carolyn Martini, whose family winery will eventually make the wine from these grapes. “It may take ten years to yield enough grapes to make a barrel of wine,” says Bob Lamborn. The grapes from this vineyard will not bear commercial vintages. Rather, the wine will be proprietary to both the Wine Library and the Public Library and will be used to participate in local fundraising endeavors and municipal hospitality.

A toast to purple hands and feet!

Antonia Allegro is a food and wine author and editor. Her book Napa Valley: The Ultimate Winery Guide (Chronicle Books.) is in its third edition since its publication in 1993. She was the founding editor of Appellation Magazine, the food editor of the San Diego Tribune and continues to work with writers and professionals in the wine and food fields in her role as a career and writing coach. She lives in St Helena and is a member of Friends of the Library.